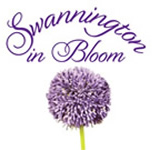 Points of interest about Swanninngton

The name Swannnington has nothing to do with swans. It harks back to the time when there was a viking settlement around the beck. Legend has it that the leader of this small band of people was a man named Sven. Hence Sven's town... Swannington.

Legend also has it that Robert Kett was apprehended in Swannington after the failed peasants' rebellion of 1549. Anyway the lane to the left of the church is now called Kett's Lane so there is some credence to the story.

RAF Swannington was the home to 85 and 157 squadron from May to August 1944. Both sqaudrons flew Mosquitos supporting bombing raids over Germany and later dealing with the V1 automated flying bombs known as 'Doodlebugs'