These are the gardens that were open in 2019

The house, built in 1700, creates a stunning backdrop to the garden. A huge 300 year old yew hedge dominates the garden while the potager-style vegetable garden is a new addition. 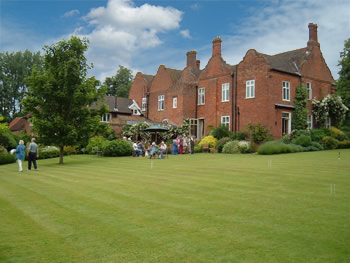 Grounds include a well-established rose garden seen at its best in June, along with mature trees, borders, beds and shrubberies – the ideal spot to enjoy a homemade cream tea and pick up some plants to take home from the on-site stall. 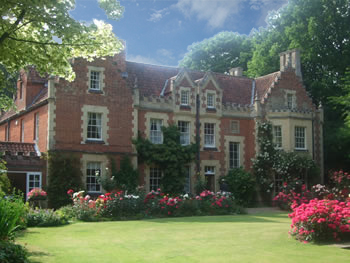 Tucked away on Kett’s Lane, this quintessential English country cottage garden includes a wide variety of herbaceous borders and shrubs as well as walkways around the stream running through it. 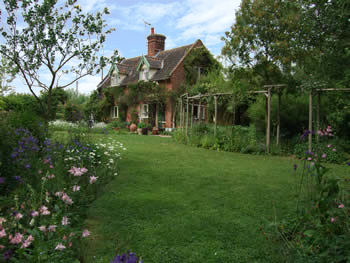 The house was built in the 1600s but parts of the garden that you see now were only planted about 40 years ago and include a yew topiary garden underplanted with lavender. The garden links to the Romantic Garden Nursery which holds a large range of topiary, mature shrubs & trees. 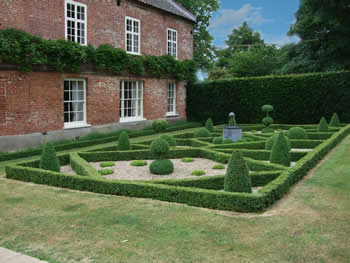 This is a small and recently established garden, incorporating recycled materials and designed to encourage wildlife. The willow bower is a favourite spot to enjoy the peace and quiet. 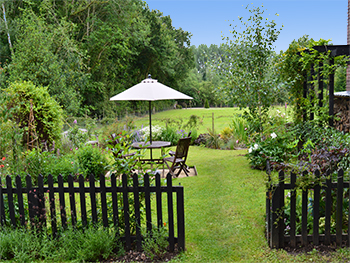 Reclaimed from woodland, this is the site of an old marl pit that for many years was used as the local tip – some remnants of deeply-buried plastic are still visible. The garden has now been replanted with predominantly British deciduous saplings along with a whole host of colouring bedding plants and a productive vegetable garden. 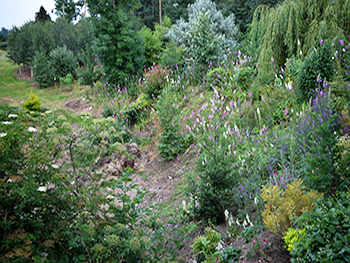 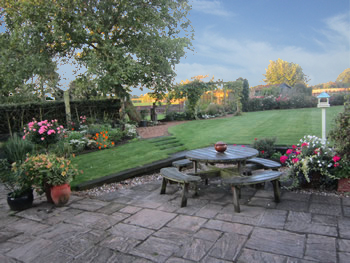 This ‘fabergé’ garden is packed with a large, eclectic mixture of plants and shrubs. There is also a small wildlife pond with a thriving population of newts and frogs. Please note that dogs are not permitted in this garden. 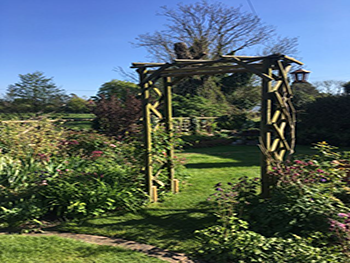 Comprising two areas of herbaceous borders either side of the house and a more formal parterre complete with box hedge and obelisk. Surrounding rough grassland has been planted with a selection of specimen trees. 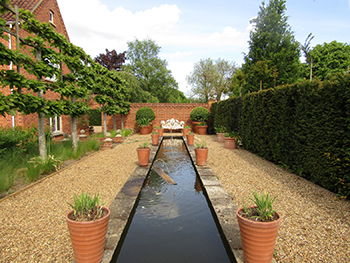 Home to a professional garden designer, this location is new to the trail this year. A multitude of ‘rooms’ include a miniature Monet garden, a white room and a collection of hot perennials amongst many others. 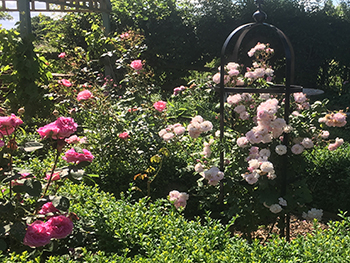